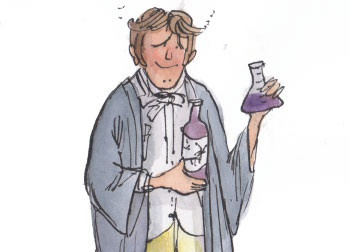 David has been in numerous award-winning productions for nearly 30 years in theatre, film and TV.  He is very excited to be acting in a farce about wine and has put in a serious amount of ‘Stanislavski method’ in his research whilst writing the play.

David can be seen in Amundsen released in Jan 2021 on BBCi Player as Captin Robert Scott.

To see more about David, the actor visit www.unitedagents.co.uk/david-bark-jones

Chris is a hugely talented actor, with many years experience in film, television and theatre.  He is also a masochist –    having survived taking the stage nightly with David whilst on the Old Vic production of Noises Off, he is now directing him in this production, as well as being one of the driving forces in establishing Premier Cru Productions. Chris Larkin

Chris is busy this Summer 2021 filming his second series of Outlander which can be seen on Prime Video.

Roger Ringrose plays the Professor far better than David, which David says is only down to his having a better-suited physique!  Roger has just been seen as the Lead Bertie Oldcross in the excellent Scandal in ’97,  just released Jan 2021 on Prime Video, as well as productions at the NT and West End TV/Film over a nearly 30 year career.

Rachel has been directing and teaching drama for over ten years, working with all age groups, from toddlers to adults, and is equally at home directing children in fairy tales to ageing luvvies playing drunk lecturers. Guess which is the simpler!